The Legend of Fridays

In 1965, New York City welcomed the first ever TGI Fridays restaurant on the corner of First Avenue and 63rd Street. 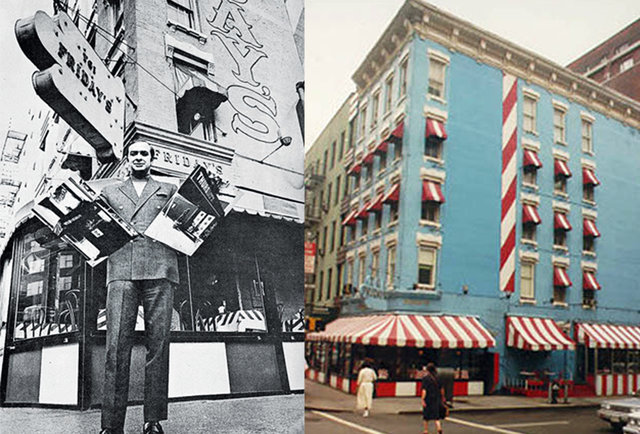 TGI founder Alan Stillman figured the bar scene of skyscraper city needed a shake up. So he created a cool new singles bar! One week later, the New York police were called in to control the crowds, as hordes of young people flocked to the city's coolest new venue.

Over the years, TGI Fridays has developed a rich food and beverage heritage which includes popularising happy hour and creating the Long Island Iced Tea and Loaded Potato Skins. The heart of each TGI Fridays is the bar, a stage where that Friday Feeling begins and infectious energy is created by the world's greatest bartenders serving up innovative drinks. Whether for lunch, dinner or late night, we always provide an environment that frees our guests to let go of restraints and be themselves, so they leave our restaurants feeling far better than they did when they first walked through our doors.