Situated on the edge of the Dalton estate in East Yorkshire, the Pipe and Glass is a former coaching inn, with parts of the building dating back to the 17th century.

In 2006, James and Kate Mackenzie took over the Pipe and Glass and have created a warm, comfortable Yorkshire country pub, where customers can drop in for a pint of local ale, tuck into classic 'pub grub' dishes or enjoy the highest standards of modern cuisine. James' menus represent his signature style of imaginative British cooking, using as much high quality local and seasonal produce as possible. In 2010, the Pipe and Glass was awarded East Yorkshire's first Michelin Star, an award that we have retained ever since.

Other notable recognition and awards have followed, including the title of Michelin Pub of the Year, the Good Pub Guides ‘National Dining Pub’ and ‘Yorkshire Dining Pub’ of the Year, as well as the Good Hotel Guides ‘Inn of the Year’ and consistently featuring in the Morning Advertiser Estrella Damn Top 50 Gastropubs.

Over the past 15 years James and Kate have tastefully transformed the building both inside and out, to include five boutique garden rooms, an exclusive private dining suite and an elegant, airy restaurant, as well as the welcoming, traditional bar area. The latest addition to the Pipe and Glass was The Old Lambing Yard, four luxury rooms, just a stone’s throw from the pub itself.

Over recent years the grounds of the Pipe and Glass - which look across the estate parkland - have been ambitiously redesigned to include a kitchen garden and herbarium, as well as two relaxed outdoor dining spaces and a dramatic bespoke keyhole table. 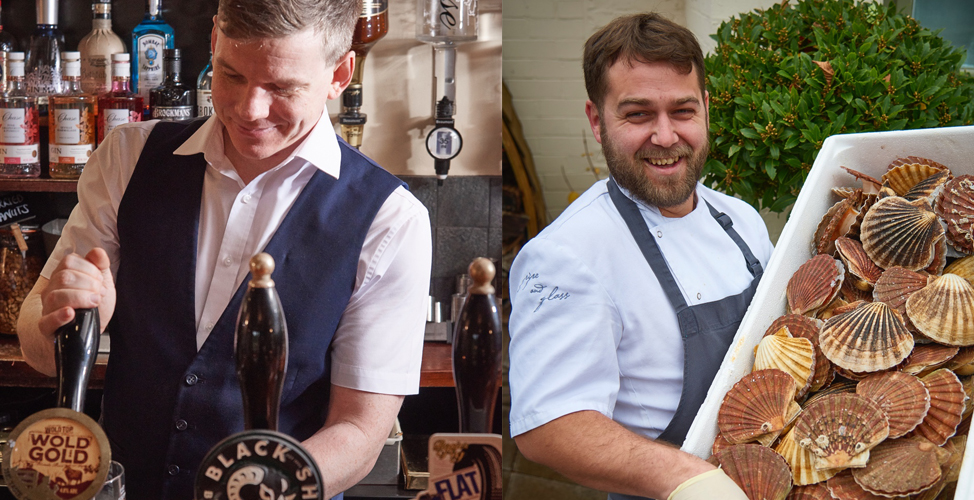