A wish to achieve a better work/life balance was the main reason Dave and Stacey Wallis took the decision to take on their first pub in 2016. With two young daughters, the couple were keen to create a lifestyle that did away with the 9-5 existence and gave them the opportunity to build a new and better life for them all.

“All along we have received as much help and support from Fuller’s as we’ve needed,” explained Dave and Stacey. “We’ve been allowed the freedom to get on and build our business, knowing there was someone at the end of the phone, should anything go wrong.

“Even though this was our first pub, we have never felt that anyone was breathing down our necks. It has always been about trust – Fuller’s trusting us to do things our way, and us knowing they’re there whenever we need them.”

As newcomers to the trade, that support has also included Dave and Stacey completing a full range of training courses: from financial to cellar management, and marketing to health and safety.

“Running your own pub business is hard work, but it’s something we are really enjoying and, most importantly for us, when we want family time, we can staff up the pub so we can get away with the children,” added Stacey.

“This is our home and our business, and receiving all the positive feedback from the customers makes us awesomely proud of what we’ve built here.”

Following their success at The Farmer’s Boy, the couple have also recently taken on their second Fuller’s pub, The Plough Inn, Wingfield. 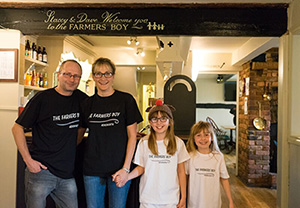 Having worked for Fuller’s, Gemma Watts as a General Manager and husband Cliff as a Head Chef in the Managed House Division, it was only natural that when they began thinking of running their own business they turned to Fuller’s for advice.

“It was Cliff who had the idea first,” explains Gemma, who has been a General Manager with Fuller’s for three years. “He wanted to write and produce his own menus, have the flexibility to choose his own suppliers and work in a less controlled environment.

“I was a bit reluctant at first, as I felt it was a bit of a gamble, with all the financial responsibility that comes with running your own business. But the more I found out about it, the keener I became. I had a very reassuring conversation with my BDM (Business Development Manager) who said I had the skills and the capability, and advised us to ‘go for it’!”

“I was a bit reluctant at first, as I felt it was a bit of a gamble, with all the financial responsibility that comes with running your own business. But the more I found out about it, the keener I became. I had a very reassuring conversation with my BDM (Business Development Manager) who said I had the skills and the capability, and advised us to ‘go for it’!”

With the couple’s children growing up (aged 13, 11 and seven), Gemma said they felt ready for a fresh challenge. “I wanted to be able to run my own events and promotions in a pub that was big enough to be able to have a restaurant and separate bar area.”

After contacting the Tenanted Division, things moved quickly forward. “We also wanted a pub that was local to us and our family, but when Fuller’s first mentioned The Ship & Bell in Horndean, I wasn’t keen as I knew it was a wet-led boozer. However, when they explained they planned to redevelop the premises and give it a major refurbishment, we were very keen.”

Six months in and Gemma and Cliff are happy in knowing they made the right decision. “The financial side has been a bit daunting, being responsible for paying all the bills, the VAT and PAYE, but we’ve employed a very good accountant and our BDM has been fantastic. I feel we can call him day or night if we run into any difficulties,” says Gemma.

“It’s a large pub and people often comment on the fact it’s a big project to have taken on as our first pub.  But it’s exactly what we wanted. All the positive feedback from our customers too has been wonderful – very rewarding. We couldn't feel prouder when we tell people that we run our own business.” 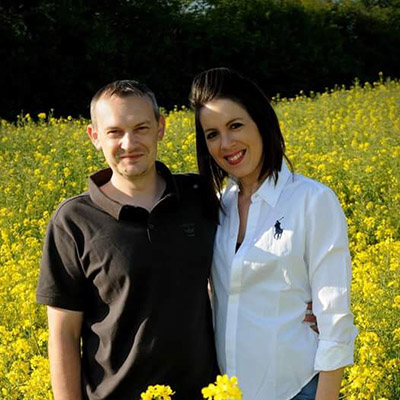 Craig Oakley had dreamed of running his own pub since he was 15-years-old, and when he and his wife Sarah took on The Oak in Stanstead Abbotts, it really was a case of a dream come true.

As a Chef, with his own business catering for weddings and high-end events, Craig’s focus was very much on developing and driving the food-side of the pub, which has gained a first class reputation for specialising in fresh fish and seafood, with glowing five star reviews on social media.

“I’d always wanted my own pub, but buying a freehold or even a leasehold wasn’t an option because it’s just unaffordable, so a tenancy with Fuller’s was a good way to go,” explains Craig. “Fuller’s has invested a great deal in the premises, by redeveloping and refurbishing the pub, to help us create the successful business that it is today.

“Our BDMs have been very supportive too, especially in the early days, when we had so little experience but their expertise was there to guide us through. And even now, having spent lots of money on the developing the pub, Fuller’s is still prepared to continue to invest in the business as our needs and requirements grow.” 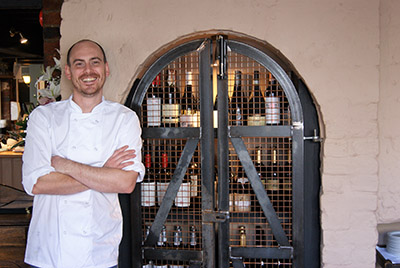