Rocco Forte Hotels is the Forte family. At its head are Sir Rocco Forte, his sister Olga Polizzi, and his children Lydia, Irene and Charles. It comprises 14 hotels in 12 leading destinations – from iconic buildings at unparalleled addresses to paradisiacal island resorts and contemporary creations in exciting cities. Each address exudes the Forte philosophy: open, intuitive service; airy, elegant design that speaks to its location; exceptional offerings in food, drink, spas and experiences; and a signature Anglo-Italian style, sophistication and warmth. 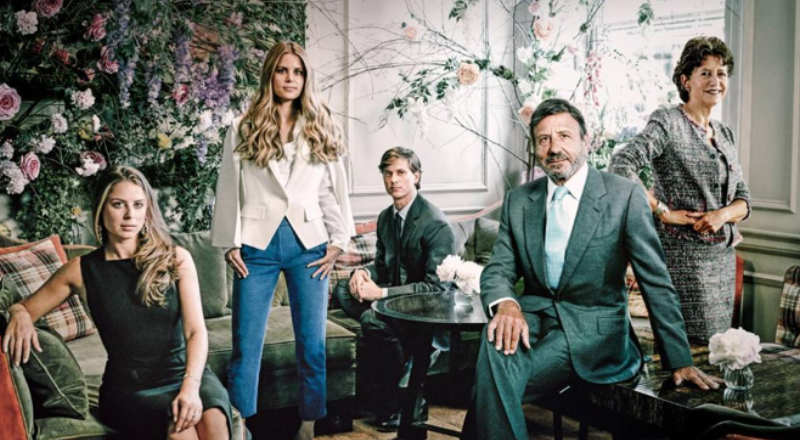 1911: Rocco Forte moved from Mortale (now called Monforte) in Italy to Scotland, where he opened the Savoy Café in Alloa. He developed several other cafés before deciding to move to Weston-super-Mare. He opened a marbled emporium here with two cousins. It was an all day operation, selling the best ice creams, light snacks and coffees.

1929: Charles Forte followed in his father’s footsteps. At the age of 21, he managed a Venetian lounge in Brighton for his cousin. Within 12 months he had turned it into a profit-making outlet.

1934: Charles then set up his first milk bar on Regents Street in London at the age of 26.

This was only the beginning of Lord Charles Forte’s empire. The Forte Group grew to over 1,000 restaurants, 500 hotels and catered for 24 airports.

January 1996: Forte Group Plc was taken over by Granada after a very public and hostile takeover battle.

1996: Just months after the takeover, Rocco Forte identified a gap in the high end hotel market with his sister, Olga Polizzi. They developed a new luxury hotel group together. This was initially known as RF Hotels. It later became Rocco Forte Collection, and today is known as Rocco Forte Hotels.

Today, over 100 years after our inception, we’re still a growing, family-run company. Sir Rocco, his sister Olga Polizzi, as well as his three children, Lydia, Irene and Charles, are all working in the company. We currently have 11 hotels, one Rocco Forte House and two resorts, with two new hotels launching in 2020. Our hotels are landmarks right at the very heart of the city, except for our resorts, which are suitably remote. They’re a part of each location’s landscape. They’re colourful, characterful buildings with interiors that resonate with the local culture.