Our Dalston store is the baby of the group, but punches way above its weight. It’s a compact 20 seater store, with 12 beer taps and over 300 bottles & cans in the fridges. It has an awesome cook-line that serves up thousands of patties to Hackney hungriest burger junkies.

This is where it all started. It’s our ‘Original Gangster’ store. Bang opposite Willesden Green tube station, the store stands tall in this great London neighbourhood. It has 20 taps, over 350 beers in the fridges + is super busy feeding North West London’s beer lovers.

Our King’s Cross store, just off Granary Square next to the Waitrose, has an awesome corner location with floor to ceiling glass walls + loads of neon. Like our Willesden store it has 20 taps and loads of beer in the fridges. King’s Cross is a super dynamic neighbourhood and we’re very excited to have opened a store in the thick of it all.

The O2 is the busiest live entertainment venue in the world. It has a 20,000 capacity arena, London’s biggest Cinema complex, the brand new ICON shopping district & a brilliant Street Food Quarter that we’re proud to be part of.  The O2 sits on the Greenwich Peninsula, one of London’s newest residential, commercial and entertainment districts. To top it all off it’s at North Greenwich tube, on the Jubilee Line, which makes it super easy to get to. 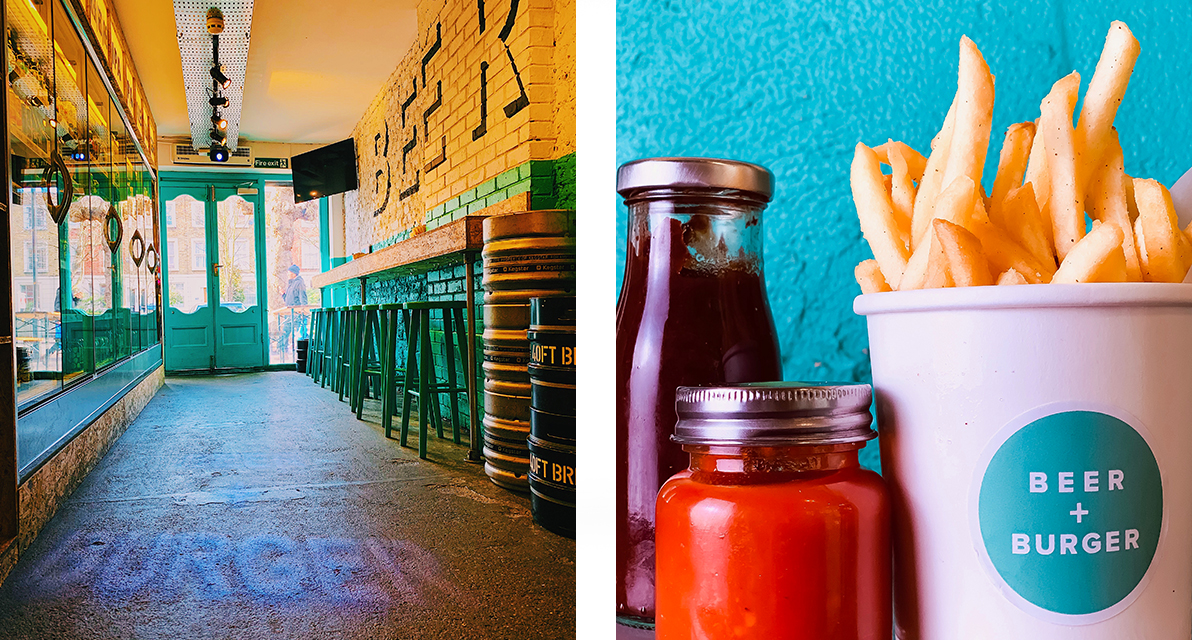